These things were invented by mistake.

RACHEL MOON, Published on April, 2019 in the ג'רוזלם פוסט סטריט

John Pemberton was trying to create a medicine for his headaches. He failed, but instead, came up with something bigger. In trying to help his Headaches he put together a few materials, and these ingredients created the famous drink — Coca-Cola.

Potato chips were the result of a rude customer and an angry chef. In 1853, in New York, a Customer kept sending his order of fried potatoes back. He said they were too thick and soft. The chef, George Crum, was angry. He cut the potatoes into thin slices, fried them, and added salt. Who would have thought one angry person could lead to so many happy ones?

Thomas Adams was trying to create something that could replace rubber, but instead made something completely different. One day, Adams was so upset, that he bit his failed creation. He was shocked when he learned it was fun to chew on. This is how chewing gum was born.

Did you know that these yummy cookies were a failed dessert recipe? Ruth Graves Wakefield was baking a chocolate Dessert in 1930, when she ran out of the kind of chocolate she always used. She used chocolate chips instead and hoped for the best. She was not happy when she saw that the chips did not melt the way she would have liked. Still, she gave the failed Dessert a try, and was surprised by how great it was.

Did you know that Post-it notes were really meant to have had very strong glue? but scientist Spencer Silver created the opposite of what he was trying to make. He didn’t think that something that would easily come off would be useful. He was left with disappointment until Art Fry, another Scientist came along. Fry had an idea to use the pieces of paper as bookmarks, and they worked great!

One day, an unknown cook in China made an amazing mistake. The cook was just trying things out in the kitchen, when he caused an explosion. An Explosion fired out of the tube he used and fireworks were created.

We all remember fun times playing with Play-Dough as kids. Who would have thought that it was first sold as wallpaper טפט)) cleaner? Yep, you read that right — Noah McVicker’s soap company made and sold it as wallpaper cleaner. Then, school teachers got creative, using it for arts classes. Then, McVickers decided to start selling the product to children.

Could you imagine ice cream without ice cream cones? The popularity of ice cream caused the creation of this yummy thing. Ice cream was served on plates until 1904. Ice cream was selling so well, that the people selling it soon ran out of plates! Waffles were not selling that well, so they decided to roll them up, and put ice cream on top! 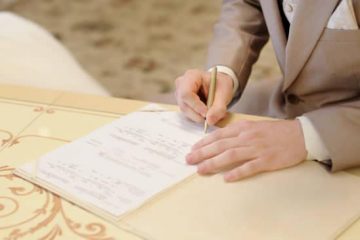